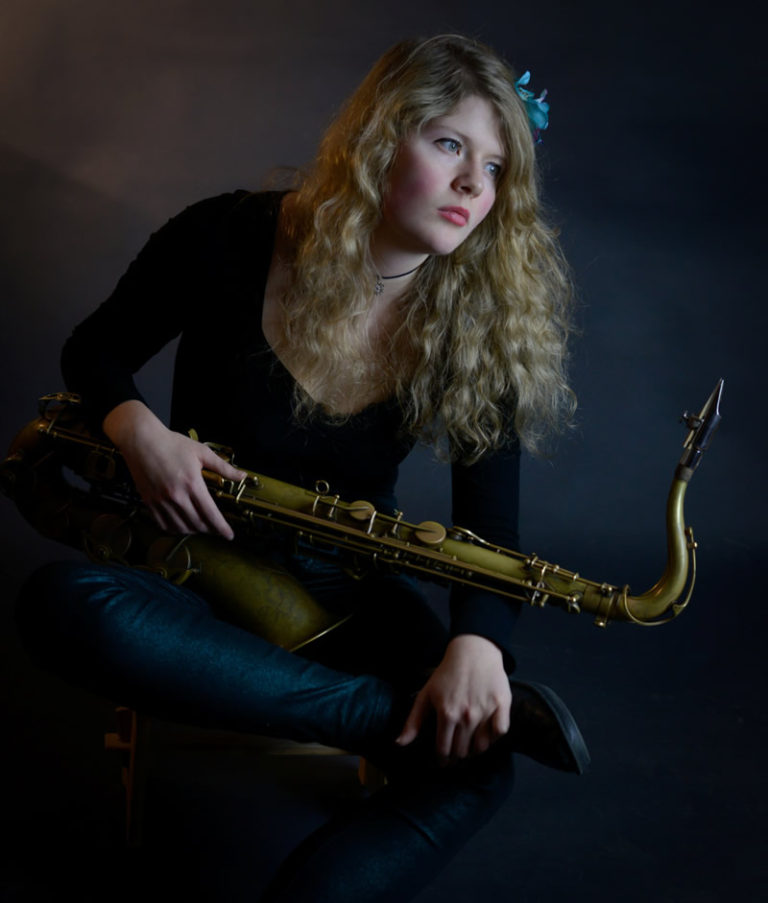 Asha Parkinson is a brilliant young composer and saxophonist  whose work regularly crosses the boundaries between traditions, from jazz to ‘classical’ to world musics and beyond – interests reflected equally in her work with her own Kalpadruma quintet and dodectet and her compositions for professional groups like TableMusic.

She’s UK based but also internationally focused and has already received a major award for work that goes beyond music.

Saxophone took over from piano as her main instrument when Asha was 9. Within a couple of years she was winning prizes, completing her grades with distinction and gaining a jazz diploma as well as leading her first band in public performances.

At just thirteen, her second band, Out of the Loop was featured in the London jazz Festival and appeared at various leading venues such as Queen Elizabeth Hall and the Bulls Head and she was playing lead alto in the NYJO training band.

Asha was a semi-finalist in the 2016 and 2018 BBC Young Jazz Musician of the Year competition.

She completed sixth-form studies at The Purcell School of Music and is currently in her 3rd year at The Guildhall School of Music. Her saxophone and jazz teachers have included Mark Lockheart, Iain Ballamy , Christian Forshaw, Carlos Lopez Real, Trish Clowes, Simon Allen, Phil Meadows, Gareth Lockrane and Nick Beston. She continues to lead her own bands and to play in a wide range of other ensembles including the National Youth Jazz Orchestra.

Asha’s extensive work as a composer brings together many influences. For more information see Compositions

Asha believes that music has an important role in bringing people together and fostering positive changes –  musicians need to be involved in the world beyond simply creating and performing music.

She certainly ‘walked the talk’ when she created her astonishing project, Voices Beyond Divisions when she was just sixteen and plans to develop this initiative further shortly.